NB: Beware of the units: Ex:

Far more difficult: methods to solve them have been designed in late 20th century.

It comes from Ito calculus. Basic idea of Brownian motion.

NB: So be careful when intergrating: if you use a package when solving stochastic differential equations, it might not work! Do it by hand.

What are neurons actually computing in the brain? when you have a hint/stimulus, you can retrieve the memory associated with it

Perceptual decision making: an animal has to make a choice when presented a certain stimulus

The animal is forced to say something about the stimulus (ex: which one larger, brighter, etc…).

there is a bunch of dots presented to the animal: the animal is rewarded if it guesses which side (right or left) has had the most dots (eye-tracking system to see where the animal is staring).

As you increase the coherence of the motion, the firing distribution of these neurons are more and more distinguished.

Control experiment: by perturbing activity in MT, behavior is perturbed.

Now: how does the brain process information from MT?

The area LIP is very important in doing so.

There are 2 completely different models which both have noise and a threshold mechanism to describe this in computational neuroscience literature.

You have different competing populations of neurons: 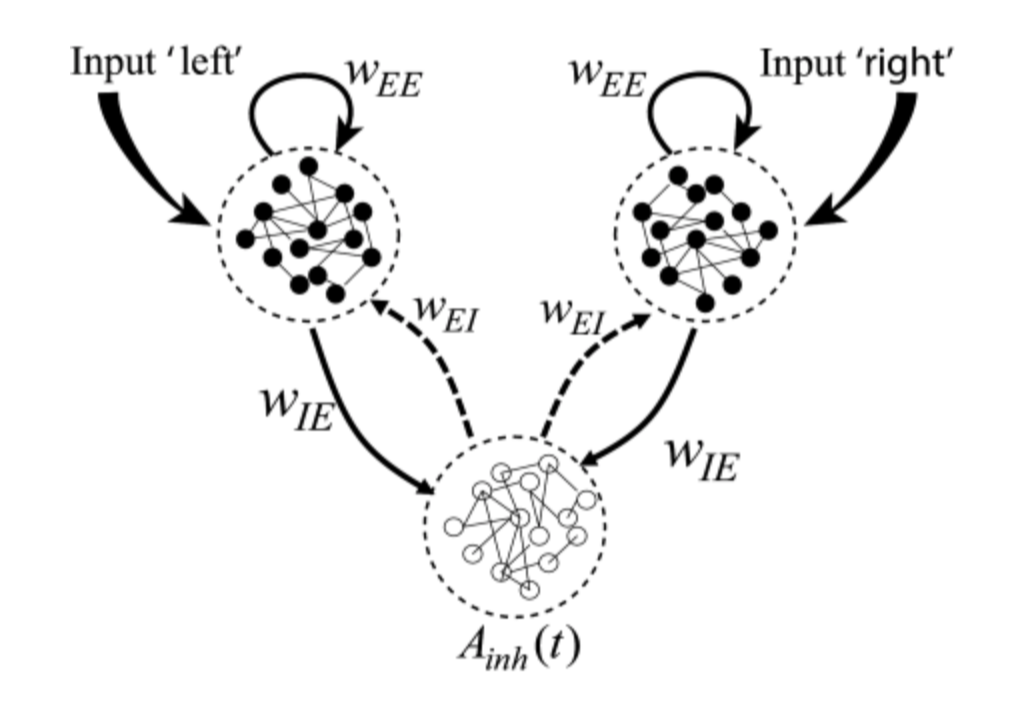 There’s a decision variable $x$, which represent the firing rate of LIP neurons

and there are thresholds (positive and negative) above (or under) which the decision is made: 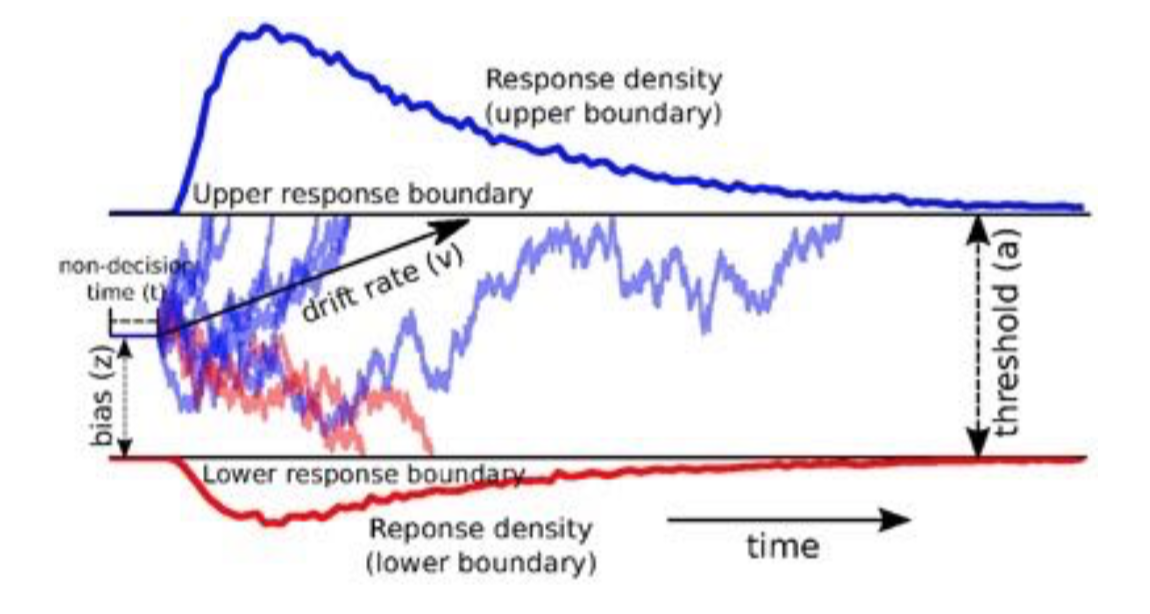